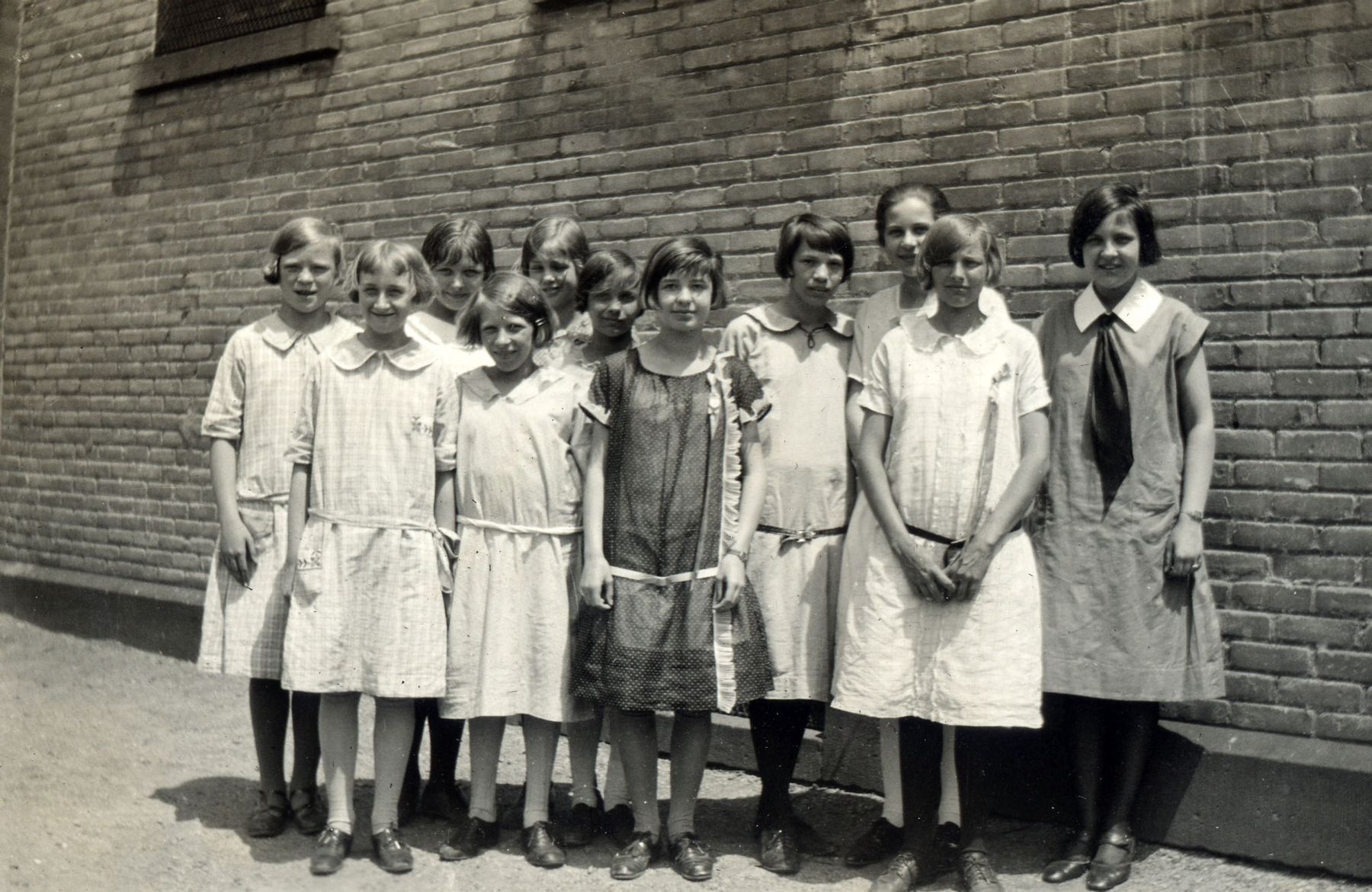 Trinity First Lutheran School began in 1859 when the congregation, established in 1856, asked the pastor to teach school.  Such a quiet, simple beginning ignited a passion for education that has continued for over 150 years! Although the school did close for about 6 years during the depression, the desire to provide a Christian education did not diminish.

The first school building (only 600 square feet) was built in 1870 alongside the church, which at that time was located at 9th Avenue south and 4th Street. It cost the congregation a mighty $360! The school has been in three locations since its birth, moving from its first location to 9th Street and 21st Avenue South, then to its current location at 13th Avenue and 19th Street. The first school building on this site was built in 1913 at a cost of $15,705! It was considered a modern school with 3 large classrooms, an auditorium, a gymnasium and …. a bowling alley and billiard room for the adults!  The current school building was constructed next to this building and was dedicated on September 24, 1972.

Over the decades there have been many changes at TFS. The faces of the student body were all white until the 1960’s. Now our classrooms are filled with a rich mosaic of racial and ethnic diversity. Funded by the congregation and its families through nearly of all of its existence, the school now is funded almost entirely by outside donations. The purpose of the school at its beginning was to teach the children of the congregation how to read so they could read the Bible. Now, the focus has changed to reaching all children, offering them a solid Christ-based education that is designed to equip them for life here on earth and our life beyond.